PLA film is a biodegradable and environmentally-friendly film made from corn-based Polylactic Acid resin. The film has an excellent transmission rate for moisture, a high natural level of surface tension and a good transparency for UV light.

As a leading PLA film supplier in china, we not only deliver fast turnaround times and exceptional customer service, we do so whilst meeting the highest possible industry standards.

Send Enquiry
Write your message here and send it to us 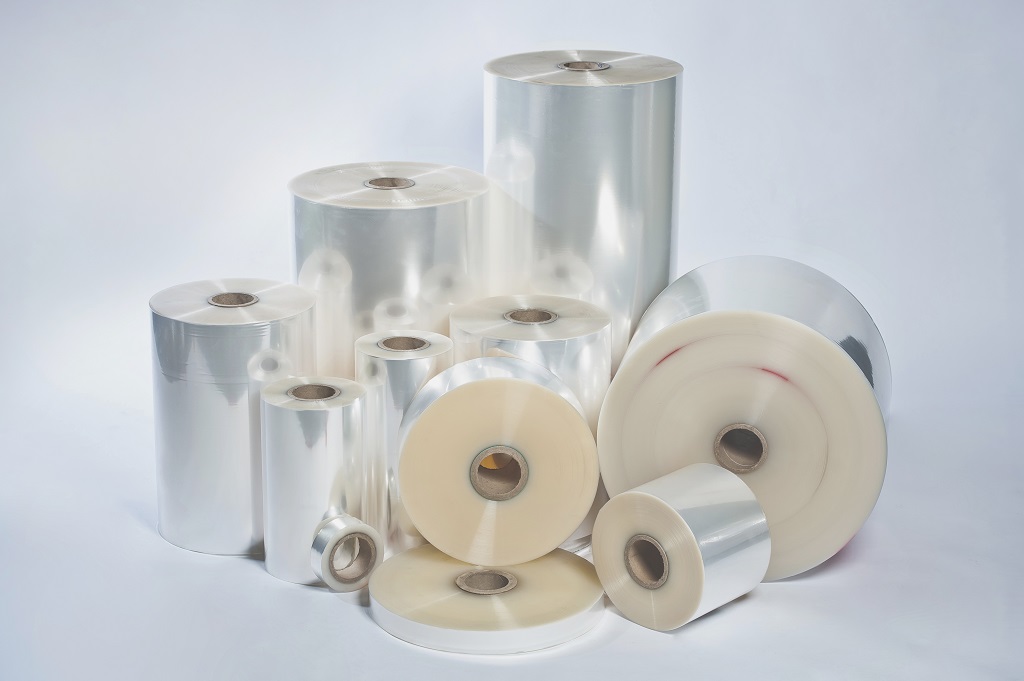 We have a number of stable raw material suppliers, which can control the quality and cost very well.

Our PLA films are certified for composting according to DIN CERTCO DIN EN 13432; 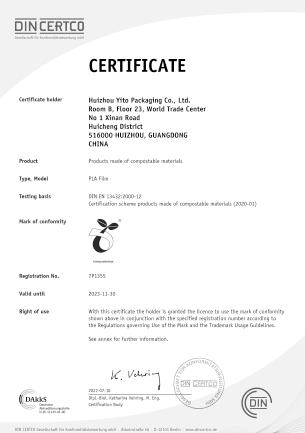 PLA (Poly-Lactic-Acid) is obtained Principally from corn, although it is possilbe to use other starch/sugar sources.

These plants grow by photo-synthesis, absorbing CO2 from the air, minerals and water from the soil and the energy from the sun;

The starch and sugar content of the plants is converted into lactic acid by micro-organisms by fermentation;

Once used Biofilm is composted into CO2, water and biomass;

Compost, CO2 and water are then used by plants, and so the cycle continues.

The main character of PLA is 100 biodegradable which will be decomposed into carbon dioxide and water under certain temperatures and humidity. The decomposed substance is sompostable which facilitates plant growth.

The melting point of PLA is the highest among all kinds of a biodegradable polymer. It possesses high crystallinity, and transparency and can be processed through injection and thermoforming.

3. The sufficient source of raw materials

Conventional plastics are made from petroleum, whereas PLA is derived from renewable material such as corn, and thus preserves global resources, such as petroleum, wood, etc. It's strategically significant to modern China which rapidly demands resources, especially petroleum.

During the production process of PLA, the energy consumption is as low as 20-50% of petroleum-based plastics(PE, PP, etc.) 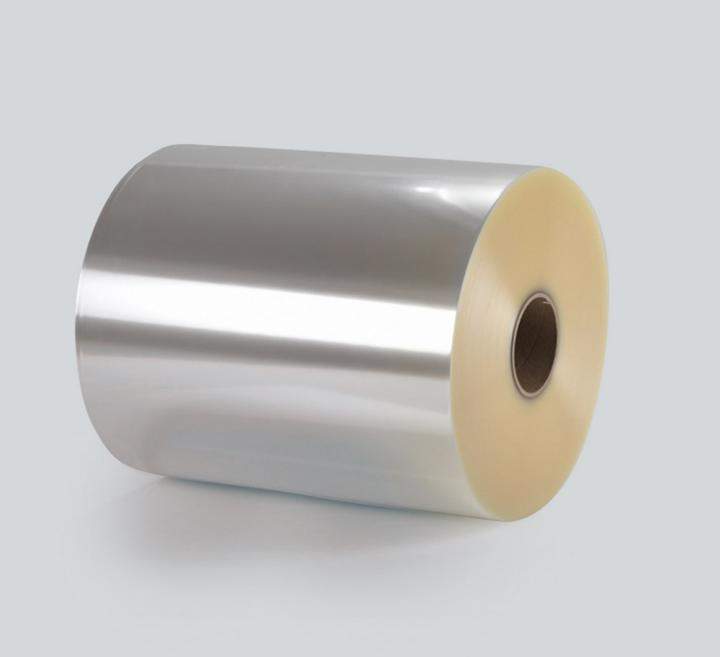 Comparison Between PLA(polylactic Acid) And Petroleum- Based Plastic

Poly(lactic acid) or polylactide (PLA) is a biodegradable thermoplastic derived from renewable resources such as corn starch, tapioca or sugar cane. The fermentation of starch (dextrose) yields two optically active enantiomers, namely D (-) and L (+) lactic acid. Polymerization is carried out by either direct condensation of the lactic acid monomers or by ring-opening polymerization of the cyclic diesters (lactides). The resulting resins can be easily converted into films and sheets via standard forming methods including injection and blow molding. 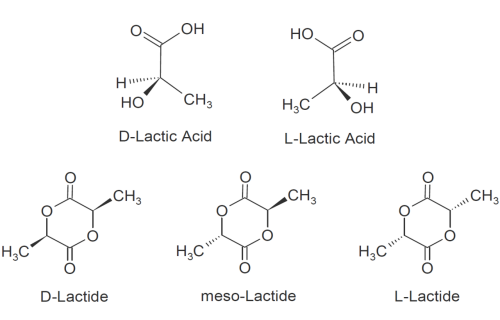 Typical commercial grades are amorphous or semi-crystalline and have very good clarity and gloss and little to no odor. Films made of PLA have very high moisture vapor transmission, and very low oxygen and CO2 transmission rates. PLA films also have good chemical resistance to hydrocarbons, vegetable oils, and the like but are not resistant to polar solvents such as acetone, acetic acid and ethyl acetate.

The mechanical properties of PLA films are greatly affected by its composition and the processing conditions, that is, whether or not it is annealed or oriented and what its degree of crystallinity is. It can be formulated and processed to be flexible or rigid, and can be copolymerized with other monomers to further modify its properties.The tensile strength and elastic modulus can be similar to those of PET.1 However, typical PLA grades have a lower maximum continuous service temperature. Often plasticizers are added which (greatly) improve its flexibility, tear resistance and impact strength (pure PLA is rather brittle). Some novel grades also have much improved heat stability and can withstand temperatures up to 120°C (HDT, 0.45MPa).2 However, typical grades have a relative low heat deflection temperature in the range of 50 - 60°C. The heat performance of general purpose PLA is typically between LDPE and HDPE and its impact strength is comparable to HIPS and PP whereas impact modified grades have much higher impact strength comparable to ABS.

Most commercial PLA films are 100 percent biodegradable and compostable. However, the biodegradation time can vary greatly depending on composition, crystallinity and environmental conditions.

PLA is mainly used in the packaging industry for cups, bowls, bottles and straws. Other applications include disposable bags and trash liners as well as compostable agriculture films.

PLA is also an excellent choice for biomedical and pharmaceutical applications such as drug delivery systems and sutures because PLA is biodegradable, hydrolysable and generally recognized as safe.

Has high transparency and high gloss.

It has excellent convertibility and printability

Excellent resistance to fats and oils.

There are no special packaging or storage requirements 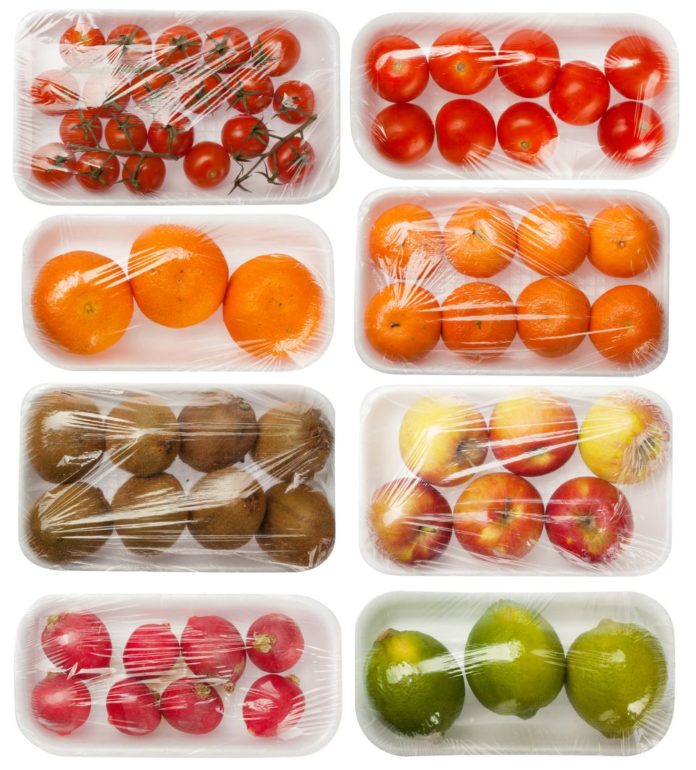 Why Choose Us As Your PLA Film Supplier In China 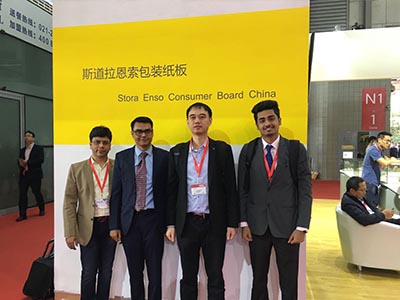 Yito Packaging is the best PLA film manufacturer, supplier, and factory since 2017. We provide all types of PLA film.

What is PLA Film?

PLA film is a biodegradable and environmentally-friendly film made from corn-based Polylactic Acid resin. The film has an excellent transmission rate for moisture, a high natural level of surface tension and a good transparency for UV light.

PLA, a bioplastic created from renewable and plant-based sources, can be processed in a number of ways–by extrusion such as 3D printing, injection molding, film and sheet casting, blow molding, and spinning, providing access to a wide range of product formats. As a raw material, PLA is most often made available as films or in pellets.

In the form of a film, PLA shrinks upon heating, allowing it to be used in shrink tunnels. This makes it suitable for a range of packaging applications, where it can replace oil-based plastics like polypropylene or polyester

Films made of PLA have very high moisture vapor transmission, and very low oxygen and CO2 transmission rates. They also have good chemical resistance to hydrocarbons, vegetable oils, and more. Most commercial PLA films are a 100 percent biodegradable and compostable. Their biodegradation time can vary greatly, however, depending on composition, crystallinity and environmental conditions. In addition to packaging films and wraps, applications for PLA film include disposable bags and trash liners, as well as compostable agriculture films. An example of this is compostable Mulch film.

how to make a film of pla

PLA is a type of polyester made from fermented plant starch from corn, cassava, maize, sugarcane or sugar beet pulp. The sugar in these renewable materials are fermented and turned into lactic acid, when is then made into polylactic acid, or PLA.

What makes PLA special is the possibility to recover it in a composting plant. This means a reduction in the consumption of fossil fuels and petroleum derivatives, and therefore a lower environmental impact.

This feature makes it possible to close the circle, returning the composted PLA to the manufacturer in the form of compost to be used again as fertiliser in their corn plantations.

How much plant material is required for PLA?

Will PLA film degrade on shelves?

No. PLA film will not degrade on shelves and has a similar shelf-life to other petroleum based plastics.

1. Polystine has the basic characteristics of biodegradable plastic. After use, it can be safely disposed of without producing any harmful substances. In addition, polystumin also has the same printing performance as traditional film. Therefore Application prospects. Application in the field of five clothing is in terms of clothing

2. Can be made into gauze, fabrics, fabrics, non -woven fabrics, etc., with infection and biocompatibility. The fabrics made with silk -like luster and feel. , Don’t stimulate the skin, it is comfortable to human health, comfortable to wear, especially suitable for underwear and sportswear

Use of PLA in lamination

In recent years biomaterials such as PLA have entered the packaging industry with great force. They become films that offer more environmentally friendly solutions. Films made from these types of biomaterials have been improving their transparency and performance against the demands of traditional packaging.

Films that are to be converted into packages must normally be laminated to obtain a more secure and higher barrier packaging thus better protecting the product inside.

Polylactic acid (PLA EF UL) is used in the manufacture of laminates for all kinds of applications: windows in breadstick bags, windows for cardboard boxes, doypacks for coffee, pizza seasonings with Kraft paper or stickpacks for energy bars, among many others.

What are PLA plastics used for?

The material properties of PLA makes it suitable for the manufacture of plastic film, bottles and biodegradable medical devices, including screws, pins, plates and rods that are designed to biodegrade within 6 to 12 months). PLA can be used as a shrink-wrap material since it constricts under heat.

PLA is classified as a 100% biosourced plastic: it's made of renewable resources such as corn or sugar cane. Lactic acid, obtained by fermenting sugar or starch, is then transformed into a monomer called lactide. This lactide is then polymerised to produce PLA. PLA is also biodegradable since it can be composted.

What are the advantages of Coextruded film?

Is the Thermal Stability better than other pla films?

Why is film made from PLA, better than conventional petrochemical-based polymers?

Because it uses less energy to produce the PLA pellets. Up to 65% less fossil fuel and 65% less greenhouse-gas emisions than when making traditional plastic.

How can PLA packaging film be disposed of?

PLA plastic offers more end-of-life options than any other material. It can be physically recycled, composted industrially, incinerated, put in landfill and even recycled back into it′s orginal lactic acid state.

Can I get a sample of PLA Compostable Plastic Film?

Yes. To request a sample, visit our "Contact Us" section and submit your request by email.

YITO Packaging is the leading provider of PLA films. We offer a complete one-stop compostable film solution for sustainable business.